DCDC Delivers Most Titles in One Quarter Since its Inception

In what many referred to as a transition year for the industry, the Digital Cinema Distribution Coalition said it managed record-breaking achievements in 2022 with new goals exceeded. The distributor saw the most titles delivered in a single quarter, the third quarter since its inception with a record 91 titles including several live events. 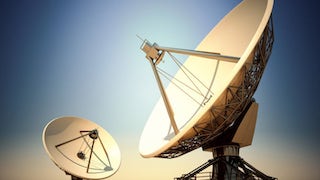 The theatrical content distribution company, which launched in 2013, now has more than 3,120 sites and more than 33,300 screens in its network across the U.S. The number of new installations surpassed 150 sites in 2022 with many more sites scheduled to be installed in 2023.

At the start of 2022, DCDC announced sweeping price reductions and lower required minimum commitments for customers. Both policy changes have proven to be helpful to exhibitor and content provider communities as the industry emerged from the pandemic. As a result, 16 new content providers signed with DCDC to deliver their releases and/or events.

DCDC reached a new milestone as their live theatrical footprint surpassed 940 sites and continues to expand. Last year proved to be a tremendously successful year for live events, with 30 programs delivered by the company, marking 75 events since inception.

DCDC CEO Howard Kiedaisch said, “We continue to look to expand the network in terms of content providers, exhibitor customers and live capability to better serve the entire cinema ecosystem.  Despite the industry still recovering from the pandemic in 2022, we were pleased to be able to lower prices and pay rebates to our coalition customers thereby further reducing their cost of delivery during a challenging time.”