New York Women in Film & Television has named Cynthia López, an Emmy, Peabody and duPont-Columbia Award-winning media strategist, and former commissioner of the New York City Mayor’s Office of Media and Entertainment, as its new executive director. López will succeed Terry Lawler, who concludes a remarkable 21-year tenure, effective January 1. NYWIFT president, Simone Pero made the announcement on behalf of the organization’s 18-member board of directors. 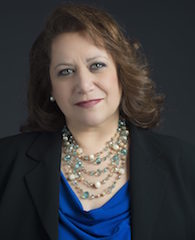 “We are thrilled to welcome Cynthia López as NYWIFT’s newest executive director,” said Pero. “Cynthia’s proven talent at fostering community, building organizational and governmental partnerships, plus her outstanding fundraising abilities and a deep commitment to equality in all areas of entertainment align perfectly with NYWIFT’s storied forty-year history and our vision for the future of the organization. We are immensely grateful to Terry Lawler for her leadership these past two decades, and look forward to Cynthia guiding NYWIFT as we continue to serve and expand our membership, grow organizationally, and heighten the call for parity in the rapidly changing moving image industry.”

In her new role, López will lead NYWIFT initiatives and oversee daily operations, alongside the organization’s board of directors, including advocacy, fundraising, programming, special events, membership, and outreach. The organization’s most recent signature initiatives will continue under López’s direction including NYWIFT’s From Script to Pre-Production Workshop, Women Filmmakers: Immigrant Stories, and The Writers Lab for women screenwriters over 40, funded by Meryl Streep and Nicole Kidman.

López joins NYWIFT with a distinguished career as a public television executive. She developed effective strategies to support filmmakers, collaborated with industry leaders and solidified unique partnerships – all of which made her the ideal candidate. López is the recipient of many coveted industry awards including: 11 News and Documentary Emmy Awards, a Special Emmy Award for Excellence in Documentary Filmmaking, three Peabody Awards, and two duPont-Columbia Awards. In addition, she received the National Association of Latino Independent Producers Award for Commitment to Corporate Diversity.

“Women have repeatedly earned their rightful place in our society, government, media, and the economy,” said López. “The recent electoral victories in Congress are exceptional examples, where, for the first time ever, more than 100 Congresswomen will be sworn in come January 2019. This is an inspiration to women in all areas of the film and television industry who are standing up for gender equity, equal pay, and safer work environments. I am primed for the challenges that lay ahead of us, while also galvanized by the secured victories, and look forward to developing new initiatives in support of women working in media. I am honored to serve as NYWIFT’s new executive director and am eager to work collaboratively with its membership, corporate partners, board and staff, WIFT chapters worldwide, and the guilds to meet the complex demands of the digital media industry.”

Lawler joined the staff in June 1997 at the start of NYWIFT’s 20th anniversary year. During her successful tenure, Lawler elevated the organization through extensive growth and moved NYWIFT through a pivotal period for women in the moving image industry.

The final Muse Awards under Terry Lawler’s direction is slated for December. Honorees for the upcoming 39th Muse Awards gala, honoring women of vision and achievement both in front of and behind the camera, will be announced soon.