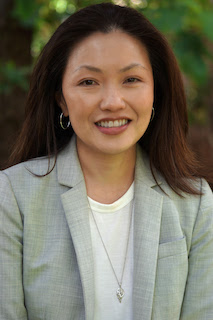 Pham will work closely with Davies to enhance the operational experience of the TPN platform and manage the evolution of the TPN product. Pham will also work with Davies on the continued development of the TPN model as the MPA gets ready to launch a cloud security program later this year, including best practices, a qualification framework for assessors and an expanded content security assessment program.

“I’m delighted that Crystal is joining TPN at such a critical moment in the organization’s growth,” said Davies. “Having worked with Crystal during my career, I am confident her skills, expertise and knowledge of the content supply chain and security landscape will help ensure that our next phase of evolution is successful.”

TPN was created in 2018 to streamline the process that evaluates vendors in every area of production, post-production and distribution. The TPN program raises security awareness and capabilities within the industry and establishes a single benchmark of minimum-security preparedness for all vendors – wherever they work and whatever their specialty. The TPN program is a crucial part of any production company’s content security efforts, as it helps prevent leaks, breaches, and hacks of creative content prior to its intended release date.

“Throughout my career, I have always worked to elevate the core competencies of any organization by bringing my expertise of efficiency and quality,” said Pham. “Joining Terri once again as she leads TPN into its next chapter of growth is the perfect place for me. I’m also looking forward to collaborating with the MPA team, which has an unparalleled reputation for excellence in the areas of content security and protection.”

An accomplished and versatile global operations management and information security executive, Pham joins TPN from Sony Pictures Entertainment, where she was vice president of information security. In this role, Pham oversaw the risk management program for the studio, including Third-Party Risk Management and Content Security. Prior to this role, she served as vice president of business operations at Sony. In these roles, she was responsible for mastering, quality control, asset preparation, editorial, localization and delivery of content throughout its lifecycle, supporting theatrical, television, and home entertainment.