Former DuArt senior colorist Jane Tolmachyov has joined Goldcrest Post. Tolmachyov brings credits across feature films, television and advertising, but is best known for her work in documentaries and film restoration. She has collaborated with directors Frederick Wiseman, Ken and Rick Burns and Michael Moore, as well as such highly regarded cinematographers as Nestor Almendros, Fred Elms and Ed Lachman. Her first project at Goldcrest is 2nd Chance, a documentary from producer/director Ramin Bahrani, slated to premier at this year’s Sundance Film Festival. 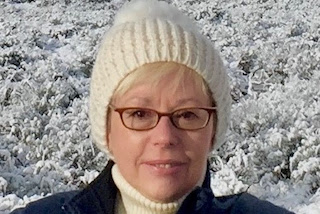 “We couldn’t be happier to welcome Jane to our documentary team,” says Goldcrest Post managing director Domenic Rom. “She is a passionate craftsperson with deep ties to the industry’s most talented documentary filmmakers. We are excited about the projects she will bring to Goldcrest.”

Tolmachyov said she has known Rom since the early days of her career when both were colorists at DuArt. “We’ve stayed in touch and have a great relationship,” she says. “I have tremendous respect for what Domenic has accomplished at Goldcrest, especially regarding its support for independent film and documentaries.”

At DuArt, Tolmachyov was in the midst of a massive project to remaster 33 films by Frederick Wiseman when the company shuttered its post-production operations last fall. She will now continue that work at Goldcrest. Spanning the 1960s to the 2010s, the films were originally shot on 16mm and are being remastered in 4K. Goldcrest is upgrading its Digital Vision Phoenix restoration toolset to accommodate the project.

“When I told Frederick that I would be continuing the work at Goldcrest, he was very excited,” Tolmachyov said. “It will be gratifying to see a project of this magnitude through to the finish line.”