Versatile colorist Dan Hermelin has joined Roundabout Entertainment as the facility continues to build its talent pool and broaden its services for picture finishing and restoration. Hermelin arrives with more than 20 years of post-production experience and a resume spanning features, television and restoration project, the latter including re-masters of Jerry Maguire, Men in Black and The Deep. At Roundabout, he will continue to service a diverse clientele, including his current project, the animated series Teenage Mutant Ninja Turtles for Nickelodeon. 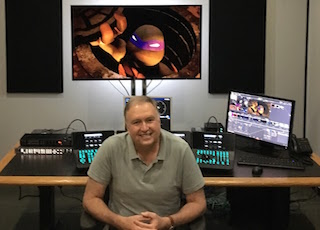 “We are excited by the talent, experience and enthusiasm that Dan brings to our team,” said Roundabout CEO Craig Clark. “He is a very versatile artist and great collaborator with a strong commitment to fulfilling his clients’ visions.”

Hermelin spent the past five years at Deluxe, where he worked on restoration projects for Sony Pictures, MGM, Disney and other studios, as well as animation projects for Netflix and Nickelodeon. Prior to that, he spent 17 years at Ascent Media (originally Four Media Company) where his work ran the gamut from commercials and music videos to episodic television, long-form television and features. Notable credits include Disney’s Confessions of a Teenage Drama Queen and Raising Helen and restorations of the Little Rascals and Gene Autry Westerns. He began his career with Image Transform.

In discussing his move, Hermelin said that he likes Roundabout’s ability to deliver a complete range of picture and sound post-production services in an intimate, service-oriented environment.

“Although the company has been growing a lot, it retains a warm and friendly feel that I like, and so do my clients,” he said. “I am thrilled to continue my work and Roundabout and am proud to be a member of its staff.”