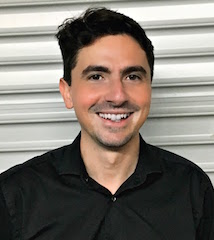 “Jerome is a highly respected color scientist with deep expertise in the digital intermediate process and experience on top level motion picture and television projects,” said Roundabout Entertainment CEO Craig Clark. “He is also an innovative researcher and developer who will be a great asset to our plans to create new services and tools for the benefit of our clients. We’re excited to welcome him to our team.”

Dewhurst brings nearly 20 years of experience as a color scientist and imaging engineer to Roundabout. For the past six years, he has served as a freelance color consultant, assisting studios, producers and post-production facilities worldwide. He also developed software, including a mobile color grading application, used by more than 100,000 professionals and consumers.

Regarding his move to Roundabout, Dewhurst said that he was attracted by its entrepreneurial nature and impressed by its commitment to leadership in post-production. “It’s a company that is looking to innovate, to develop new technologies and practices,” he said. “My role is to help the company create beautiful images and we intend to do that by being adventurous and doing things that haven’t been done before.”

Dewhurst’s background also includes six years as an imaging engineer at Framestore, London, where he managed color pipelines for scores of feature film and television productions. They include Salt, The Dark Knight, Casino Royale and Harry Potter and the Prisoner of Azkaban. A graduate of the University of Westminster, he began his career with Kodak’s Cineon unit in London.