Burrell Communications recently returned to The Colonie, tapping the talents of editor Graham Chapman and the Chicago-based company’s design team for the multi-platform launch of Black Experience on Xfinity (BEOX). The package of broadcast and social media spots introduces a first-of-its-kind collection of movies, TV shows, news, and more celebrating Black culture. 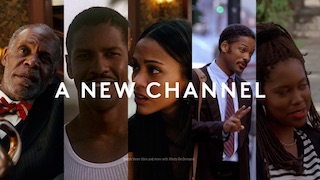 The campaign departs from Xfinity's signature look with the introduction of BEOX, the newest addition to the cable TV streaming service's line-up of channels, with a new color palette and design treatment. Burrell brought The Colonie on board as soon as the concept was approved. The agency gave Chapman, Creative Director Jennifer Moody, and the design team the creative freedom to build out the campaign based on the vision of the agency and Xfinity.

This piece, in particular, presented The Colonie with an interesting challenge: Help create a fresh new look for the Black Experience on Xfinity while maintaining a shared design aesthetic that visually connects with its brand.

Like the Xfinity projects that he worked on in the past, Chapman created the graphics-driven spots for BEOX from design elements built around a mix of clips from films streaming on its channels. The agency relied on the editor to weave the graphics, footage from movies, voiceover, and music track into a cohesive, compelling visual story that optimized each component's impact.

"The design team was involved from the very beginning of the job," says Chapman. "Hopping on Zoom sessions enabled us to collaborate from home seamlessly with the same accessibility as a team working under the same roof.”

While Chapman laid out the timing, pace and overall approach it was up to the designers to bring the spot to life. Moody oversaw motion graphic designers Lindsey Fisher and Jeff Borowiak as they created the variety of graphic elements that the spots demanded. The campaign was edited on Adobe Premiere with graphic created using a mix of tools, including Adobe After Effects and Flame Premium.

“Jeff and Lindsey worked together efficiently to design and animate the graphics and integrate the BEOX UI into the various products in a way that aligned with the new Xfinity brand,” says Moody. “At the same time, branding was evolving in real-time as the look for the was being developed.”