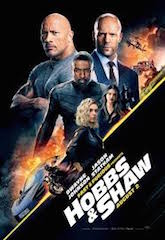 “CJ 4DPlex’s partnership with Cineplex has been instrumental in introducing our innovative 4DX and ScreenX technology to Canada and we are thrilled to continue our expansion with the opening of a second 4DX location at Scotiabank Theatre Chinook,” said CJ 4DPlex CEO JongRyul Kim. “Cineplex guests will love watching the latest in the Fast & Furious franchise in 4DX, where the driving and action sequences will be perfectly amplified by motion-synchronized seats and vibration.”

“Our 4DX auditorium in Toronto has been a hugely popular option for guests and we are so excited to introduce the experience to Calgary movie-lovers,” said Cineplex senior vice president, exhibition and theatre operations Kevin Watts. “We operate one of the most innovative theatre circuits in the world and 4DX is a perfect example of our commitment to providing Canadians with access to the latest cinema technologies from around the globe.”

CJ 4DPlex and Cineplex partnered in 2016 to open Canada’s first 4DX auditorium at Cineplex Cinemas Yonge-Dundas and VIP. Following a successful pilot, the Companies announced an expanded agreement in September 2018 that will bring the 4DX experience to as many as 13 additional Cineplex locations across the country over the coming years.