Cinenso has launched the Cinenso Channel, a secure platform, with multi-digital rights management, and payment infrastructure and storage at a nominal cost for global programmers of independent film content, from short films to niche genre films. It will enable curators – including scholars, rights holders and programmers – to create channels for film screenings, discussions, and archival content. 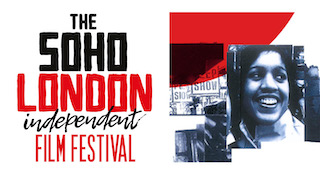 Basic costs for a channel are $19/month, and higher tiers include multi-DRM, encoding, with up to 500 invitations. Cinenso Channel creators earn subscription revenue from followers and from referrals, with a revenue share.

Cinenso will offer a limited number of free 60-day subscriptions and will provide awardees of film festivals with three months of free access to the Cinenso Pro Plan to promote their latest films, invite viewers to members-only screenings and promote to the public. Cinenso has already been used by more than a dozen global film festivals – including the Barcelona International Short Film Festival 2020; The SoHo London Independent Film Festival, and the QFest 2020 Festival – and will continue to expand its support for festival programmers and attendees.

“Cinenso is a timely, and urgent, endeavor; it believes in the voices and identities of those cultural gatekeepers that can act as guides to audiences,” said Bianca Lucas, one of the first curators to sign up for Cinenso Channels, and head programmer of the European Shorts section at the Sarajevo Film Festival. “For audiences that crave fresh, sharp cinematic experiences, Cinenso Channels can help them cut through all the noise and disorderly mass of repetitive content.”

“We see the market for public film screenings evolving into a physical-online hybrid in the future, and our mission at Cinenso is to support flexible models in order to serve the appetite for curated content while supporting the reopening of cinemas and public film screenings,” said Zoltan Katay, founder and CEO of Cinenso. “The curators and channel creators on Cinenso can maintain a sustainable income stream that is not dependent on in-person events.”

Continued Katay, “Cinenso is like a master class and a weekly streaming magazine for film lovers, and we know that the community model for organic content creation and distribution is what moves people. We fully expect to see the channel model growing, even after the pandemic subsides, to support the global appetite for new voices in cinema.”

Unlike its competitors, Cinenso offers subscribers the ability to discover different channels and become part of the community of the most current occurring events. Cinenso augments existing curator efforts to promote their channels. Curators earn 70 percent of the net price of passes sold. Curators may pay a fee or a revenue share to filmmakers and rights holders. Other noted film curators who have created Cinenso Channel offerings include Wim Vanacker, editorial consultant for the First Cut Lab and member of the selection committee at the Cannes Film Festival, and Léo Soesanto, head of the short films selection committee for Critic’s Week at the Cannes Film Festival.

"In the run up to our third Barcelona Short Film Festival, like festivals worldwide, we were grappling with the difficulties presented in not being able to host our usual face-to-face event. It was wonderful to have the opportunity to work with Cinenso.  We were able to maintain a high-quality festival, albeit under very different circumstances," said Lucy Livingstone, judge and programmer with the Barcelona International Short and Experimental Film Festival. "Moving forward, the global situation has brought new opportunities, so whilst busily preparing for our in-person 2021 festival, we are also delighted to be able to continue our relationship with Cinenso through our BSF curated channel.  This is hugely exciting and allows us to bring greater exposure to the wonderful filmmakers and films we have worked with over the last three years."