In the midst of the COVID-19 pandemic, Cinemovida in Perpignan, France was thinking about the future of cinema and wanted the latest in theatre innovation ready for new and returning patrons. The end result is a 60-seat MX4D theatre from MediaMation. 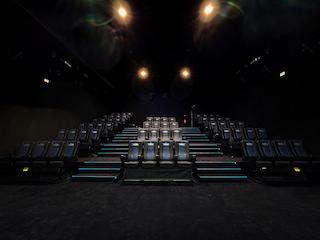 Secretary general of Cinemovida, Stephan Miché said, "Our audience is thrilled so far with our brand new MX4D theatre and it’s a pleasure for us to see those large smiles in such a pandemic context."

Cinemovida is a family company passed down from generation to generation.

Jean Font (grandfather of the current president Jacques Font) opened his first theatre in Barcelona, Spain in 1906 and his second one in Perpignan, France in 1911.

In 1964, the Font’s theaters became Société Nouvelle d’Entreprises de Spectacles and is one of the twelve biggest independent theaters in France.