The Louvre Museum in Paris has selected Cinemeccanica France to supply and install a 6P CineCloud Lux laser projector and media server. The system, part of the Pyramid project, will be dedicated to the projection of arts, animation and various presentations related to the museum activities. 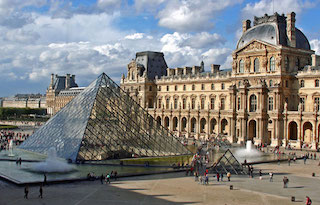 The Pyramid project is part of a comprehensive approach, which has the goal of placing the visitor at the center of the museum and its collections. Due to its configuration the projector will be specifically designed to reach the needs and the reputation of the Louvre.

The head of the projector that will be installed at the entrance roof of the museum, under the pyramid, will be connected to a laser source generated by RGB laser diodes. An optical fiber of 60 meters, especially made and produce for the occasion will connect the projection head to the laser source produced by Cinemeccanica.

The project, designed by the teams of the museum and the architecture company Search will restore nobility and serenity to the Napoléon hall, which is the starting point of the visit of the museum.

Patrick Muller, CEO of Cinemeccanica France said, “We are honored to install a product like the laser projector CineCloud Lux at Le Louvre. Cinemeccanica group is still, since its creation, a partner of the world arts. Working for Le Louvre is an ultimate reward.''