Cinemark is introducing a new all-inclusive digital pass for cinema’s biggest fans during its annual Oscar Movie Week festival. In theatres from March 21 through March 27, the festival gives fans the chance to experience this year’s Best Picture and Best Short (Live Action and Animated) nominated films and have their own ballot ready in hand when the 94th Oscar’s air March 27 on ABC. In partnership with Focus Features’ Downton Abbey: A New Era, the festival is being held at more than 100 participating Cinemark theatres nationwide. 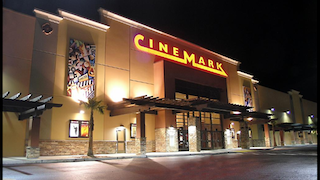 “We are thrilled to offer our biggest movie fans an elevated, star-studded experience with our new digital all-access festival pass for Oscar Movie Week, which allows guests to see many standout nominees with just one digital ticket purchased with a few simple clicks,” said Wanda Gierhart Fearing, Cinemark’s chief marketing and content officer. “Seeing compelling stories unfold on the big screen is exactly what Oscar Movie Week is about, and we are happy to continue the multi-year tradition of providing moviegoers with the best films of the year in the best viewing environment.”

New for this year, Cinemark is introducing a digital festival pass that allows film aficionados to catch those carefully crafted moments in the most immersive setting possible. For only $35, the pass includes showings for all offered Best Picture and Best Short (Animated and Live Action) nominated films, with the convenience of just one easily accessible digital ticket.

Movie enthusiasts with their eye on a particular title can purchase individual tickets starting February 11. All feature-length Best Picture film tickets are available at standard pricing with showtimes beginning on March 21. All Best Short (Animation and Live Action) nominees are bundled into one viewing for just $10 starting on March 25.

For more details on Oscar Movie Week, including participating theatres, showtimes and how to purchase tickets, visit Cinemark.com/movieweek.