Cinemark has signed an agreement with CJ 4DPlex to install ScreenX technology in six Cinemark theatres in Texas and California by the end of the year. The agreement also includes plans for a potential expansion. 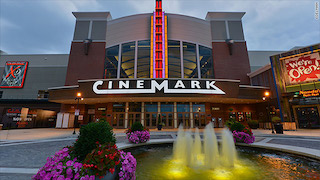 ScreenX is the world's first multi-projection cinema with an immersive 270-degree field of view. ScreenX expands specially selected sequences of a film onto the left and right-side walls of the auditorium, surrounding audiences with extended imagery that naturally fills their peripheral vision and immerses them into the narrative of the film. ScreenX works closely with filmmakers and studios to ensure the highest quality presentation of the film in select key scenes with exclusive story-enhancing imagery produced by CJ 4DPlex's visual effects studio in Korea.

"Cinemark is a world-class exhibitor with high performing locations all across the U.S. and Latin America," said Don Savant, CEO, CJ 4DPlex Americas. "We are thrilled to partner with the Cinemark team to bring their moviegoers our Super Premium ScreenX experience, which is uniquely differentiated from what they can stream at home or on a mobile device."

"It's an exciting time for the company as we continue to supply blockbuster tentpole films and work with filmmakers who are recognizing the format's unique ability to tell their story using ScreenX as their canvas," said Jong Ryul Kim, CEO of CJ 4DPlex.