Cinemark has extended its partnership with KenCast to ensure the distribution of theatrical content across South and Central America. By recommitting with KenCast, Cinemark will ensure that the latest feature films, special events, and trailers will continue to be distributed to the hundreds of cinemas Cinemark operates in fifteen countries from Guatemala to Argentina. 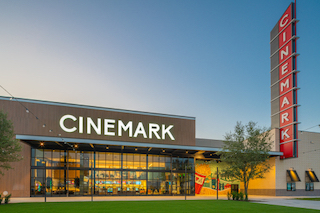 “Without good alternatives for terrestrial connectivity that are fast and reliable enough to push feature films and live events, satellite content delivery across the region was and is a must and is getting stronger as more satellites are launched and the technology advances,” said KenCast president Dr. Henrik Axelsson.

Content will be transmitted by KenCast’s headend software and hardware at a teleport, thousands of miles into the sky and then down again, ultimately into KenCast’s CinemaPro appliance in Cinemark’s projection booths.

The application is supported by KenCast’s Fazzt Forward Error Correction technology that applies its many patented algorithms across an entire movie file to correct any and all transmission errors. Fazzt has been developed and perfected for decades so that it can handle any challenge thrown at it, including adverse network conditions (such as rain, sun, electrical storms, etc.), extremely large files (such as movie files), moving transmitters (such as low and medium earth satellites) and more. Together with its Cinema Management software, the operator can manage the end-to-end process, including sending, scheduling, encryption, bandwidth, and other delivery services.

As a founding member of the Digital Cinema Distribution Network, Cinemark understands through experience the value that the KenCast solution provides theatres.