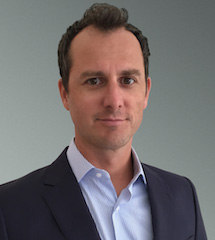 “Following last year’s opening of our new office in Dallas, Texas, we are moving full steam ahead with our development further east with the launch of a new branch in Dubai to better meet the growing demand of services from the dynamic Middle-East and African markets,” said Till Cussmann, senior vice president CinemaNext. “This new venture with Francois Inizan at its head comes as an added driving force to our current activities in Africa, where we have permanent staff based out of Casablanca, Morocco. Over 130 installations to date have been managed across Africa by our skilled engineers and technicians.”

“I am thrilled to be joining CinemaNext at a time when we are growing our footprint in these emerging economies, and ultimately we want to become a key partner for Middle Eastern and African cinema exhibitors,” said Inizan. “Through this new implantation we aim to further strengthen our position and contribute to the excellence of the movie going experience in emerging cinema markets like Saudi Arabia and Africa. Our portfolio of hardware and software solutions, as well as our cutting-edge innovations, such as EclairColor HDR, Sphera Premium Cinema and EclairGame have proven to be efficient and quality-driven. We are eager to meet industry leaders and key decision makers at the CinemaNext MEA booth at the fourth annual Theme Parks & Entertainment Development Forum Middle East in Dubai on May 7-9."