CinemaCon, the official convention of NATO, will be held April 25-28, at Caesars Palace in Las Vegas. Teperberg will be presented with this honor at the International Day Luncheon taking place on Monday, April 25. 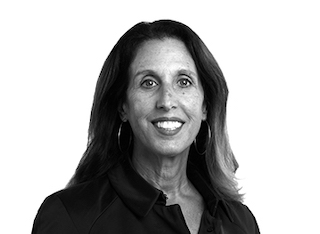 “From a global perspective, Renana Teperberg is one of the most respected and admired executives throughout the motion picture theatrical industry,” said Neuhauser. “Her passion for showcasing movies as they are meant to be seen, on the big screen, for the worldwide moviegoing audience, is second to none and we are thrilled to be honoring her with this year’s Global Achievement in Exhibition Award.”

As CCO of Cineworld, Teperberg is responsible for the overall commercial strategy and development of the Cineworld Group. In addition, her role includes activities related to film, e-commerce, marketing, food service, human resources, new product, and business development ensuring the integration of Cineworld’s overall strategy to enhance its long-term commercial success.

With more than 20 years of experience in the cinema industry, Teperberg joined the company in 1997 as a cashier in a cinema in Jerusalem. She received a BA in psychology at the Hebrew University of Jerusalem before moving to Cinema City International NV where she subsequently became head of programming and marketing. In 2014, following the combination deal of Cinema City International and the Cineworld Group plc, she became senior vice president of commercial and in 2016 was promoted to the position of chief commercial officer. She sits on the board of Cineworld Group plc as an executive director and holds an Executive MBA in business management from IDC Herzliya.

Cineworld Group operates currently in 10 countries with 9185 screens and 754 theaters and employs over 30,000 employees.