This year, for the first time the organizers of CinemaCon will present and Excellence in Event Cinema Award. The award was designed to recognize innovative content that is transforming cinemas into entertainment venues by expanding the traditional definition of the movie theatre. 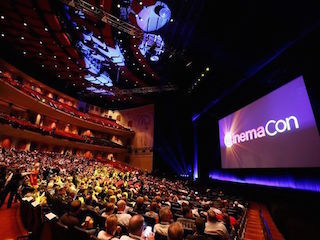 The recipient must be the primary content owner of the event cinema title being nominated. The recipient can be recognized for multiple events over an expanded timeframe. However, at least one event must have taken place within the calendar year prior to award consideration. And the recipient’s event must fall within the exhibition guidelines of event cinema and should not follow a typical or limited theatrical release pattern.

For purposes of the award the original event cinema run would be one in which the event is six consecutive days or less and no more than three screenings per day. Submissions are limited to two submissions per distributor.

The distributor of record must submit the event entry. Each submission must include the official title of event, its global box office grosses, the dates of exhibition, the proposed recipient of the award including the company and the person including title, the proposed award presenter from distributor, and a short description (no more than 250 words) detailing why this content should receive the award.

Voting will be done by a committee of at least three individuals including an entertainment journalist from Variety, Deadline, or The Hollywood Reporter; a journalist from The Boxoffice Company and a NATO organizational member, who is not part of CinemaCon sponsorship/sales team.

All entries for consideration must be received by February 10 and must have initially screened during the previous calendar year. Please submit your entries to Matt Pollock, associate managing director, CinemaCon at [email protected].