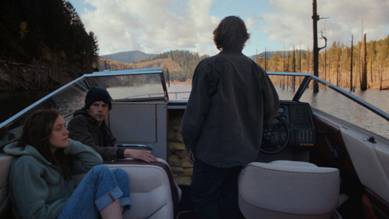 “Kelly is one of the most original and distinctive voices in American cinema today. An expansion on her previous work, Night Moves maintains that unique Kelly stamp that long ago made us huge fans.” said Vincent Scordino, Cinedigm’s Senior Vice President of Theatrical Releasing.

"We couldn't be happier to be working with Cinedigm, said the filmmakers. Their enthusiasm for the film was amazing, and we're thrilled to be collaborating with them on its release."

Reichardt’s award-winning films include River of Grass, Old Joy, Wendy and Lucy and the acclaimed Michelle Williams-starring Western Meek’s Cutoff. Night Moves is her fifth feature film and tells the story of three radical environmentalists plotting the explosion of a hydroelectric dam—the symbol of the energy-sucking, resource-devouring industrial culture they despise. The suspense-filled film adds a noir-thriller to Reichardt’s already impressive and diverse body of work.