Mexican movie chain Cinépolis plans to expand across the Arab Gulf States this year, with new cinemas set to open in the United Arab Emirate, Saudi Arabia and Oman. The publication TradeArabia first reported the deal. 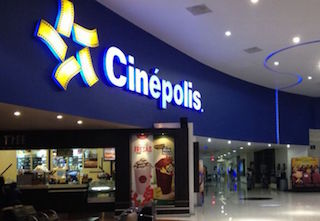 Ashish Shukla, CEO for Cinépolis Gulf, confirmed to the publication that the company is currently building its first cinema in Dammam, Saudi Arabia. No opening dates were announced.

Cinépolis opened a cinema in Bahrain earlier this year. The theatre has thirteen screens. "We're quite pleased with the response to our cinema experience in Bahrain,” Shukla told TradeArabia.

"We're also seeing a rise in visitors from Saudi Arabia, who constitute about 25 per cent of our visitors so far," he said.

To further boost the number of its cinemagoers, Cinépolis is offering patrons half-price tickets when the purchase them using the Cinépolis Bahrain app. The special offer will run for the next three weeks, Shukla said.