Award-winning London production studio Jellyfish has appointed Charlotte Loynes as its development producer. Drawing from her extensive career in animation spanning 20 years, Loynes will support and guide the creative ideas Jellyfish generates internally as well as their collaborations with external developers. 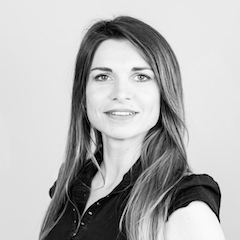 Having worked for the past six years as a freelance animation producer and consultant, Loynes has been instrumental in a plethora of animation projects. Throughout her career, Loynes’ roles have included executive producer at Seed Animation, agency producer at Amp London, and producer at MPC, Unit 9 and Aardman.

Phil Dobree, CEO, Jellyfish Pictures said, “Jellyfish Pictures is driven by the creativity of its artists and technicians. One of Charlotte’s many skills is her aptitude for identifying great ideas and collaborating with the artists to ensure that each idea is honed, guiding it through the development stage and seeing it through to production. Jellyfish already works in conjunction with production companies, from concept to production, and having Charlotte onboard further strengthens our offering and allows us to continue to build an exciting future for our growing animation ambitions.”

Loynes said, “I thrive on collaborating with talented and creative people, working in an environment like Jellyfish only breeds more creativity and ideas. With a large studio, where so many brilliant minds are housed under one roof, anything is possible. I am truly excited to be joining the team and aiding in the already stellar work that comes out of the studio.”