Chainsaw Builds on a Legacy of Excellence in Servicing Awards Shows 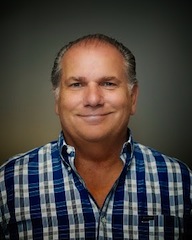 The arrival of the New Year marks the start of Awards Season in Hollywood as various groups and organizations gear up to honor the best achievements of the previous year. It’s a busy time for many companies in the industry, from caterers and fashion designers to talent agencies and publicity firms. Among those most caught up in the frenzy is Chainsaw.

The post-production facility, a division of The Sim Group, provides creative editorial and other post-production services for many of the season’s most popular awards shows, including the Golden Globes and the Academy Awards.

“I love this time of year,” says Chainsaw co-founder Mike Polito, a five-time Emmy Award-winner (and 29-time nominee), who’s been editing awards shows for more than 25 years. “Awards shows combine creativity, storytelling and live TV. What could be better than that?”

With a viewership of more than 40 million people, the annual Academy Awards broadcast is both the most watched awards show on television and the most demanding to produce. For more than a decade, Chainsaw has been responsible for preparing many of the pre-recorded segments featured on the show, including packages for nominee, winners and special awards.

“We spend months preparing for the Oscars,” notes Polito. “And, a lot of people may not realize it, but as much as 70 percent of the work that we do never makes it to air. We make long, short and medium packages for some nominee categories…what gets used is contingent on the constricted timeline of live television. We produce winner packages for all of the nominees—that’s well over 100 packages—but only 15, max, will actually play back.”

Polito’s role with the Academy Awards has grown over time. For the past several years, he has enjoyed an associate director’s credit on the show (while more of the editorial duties have been taken on by a team of Chainsaw editors including Tim Schultz and Ray Artis). That means that he is involved through the actual broadcast and is responsible for ensuring that the right clips get to air. “It’s very different from what most editors do,” he says. “That’s why I love it so much; it’s an adrenalin rush.”

The Academy Awards have also grown more technically sophisticated. In recent years, Chainsaw has set up a microwave connection between its facility and production trucks parked outside the Dolby Theatre, where the live show takes place. “There is no tape, no drives,” Polito explains. “We playback a segment at our facility and 20-seconds later it is available on the truck and ready to go to air.”

Although the first months of the year are especially busy, Awards Season never really ends at Chainsaw. The facility services a dozen or more awards shows sprinkled throughout the calendar year. They run the gamut from celebrity-studded events such as The Rock and Roll Hall of Fame, The Kennedy Center Honors and The American Music Awards, to the Breakthrough Prize Ceremony, which honors achievements in fundamental physics, life sciences and mathematics.

The Breakthrough Prize Ceremony presents unique challenges to Chainsaw editors. Polito points out that because the winners are scientists who work outside the public eye, it must be edited in a way that is both entertaining and informative. “Everyone knows who Angelina Jolie is, but how many people know Saul Perlmutter?” (Perlmutter won a 2015 Breakthrough Prize in Fundamental Physics as part of a team that discovered that the expansion of the universe is accelerating).

Polito is especially inspired by the creative challenge presented by The Kennedy Center Honors, a show that he has been editing for more than two decades and one that has brought him three Emmy Awards. Produced by George Stevens Jr and Michael Stevens, the show is recorded live in Washington, D.C. in mid-December and broadcast two weeks later.

“It’s the most challenging show I edit all year, because there is so much great material,” Polito observes. “It’s produced for the live house, and our role is to make it feel like a seamless, live broadcast.”

Polito is quick to point out that each of these awards shows is the product of the work of hundreds of individuals. Editorial is only one aspect of what it takes to turn a public event into a few hours of compelling television. One thing is certain, however; Chainsaw has learned to do its part with consistent excellence.

“We have the horsepower,” Polito says. “Awards shows have real deadlines and we have plenty of resources and talent. We can apply as many editors to the task as needed to get the job done on time.”

“We’ve also developed a staff with the creative skills required by these shows,” he adds. “No matter whom we assign to the project, there is no falloff in talent. It’s something we’ve built from the ground up. Many of our staff began as interns and our insistence on excellence has been ingrained in them.”