FuseFX Vancouver has hired visual effects veteran Chris Ryan as CG supervisor as part of a general expansion of its presence in British Columbia. Ryan will lead the facility’s enlarged 3D team on television projects including Zoo and Timeless. He brings more than 20 years of senior level experience in CG and credits on more than 75 motion picture and television productions. 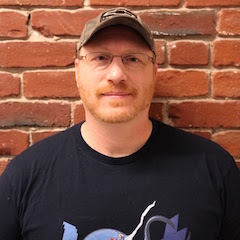 “Our Vancouver facility continues to grow and produce fantastic work,” said FuseFX president David Altenau. “We’re building our staff there with top talent, like Chris Ryan, who is a gifted artist and a strong team leader. We’re excited to welcome him to FuseFX.”

Ryan began his career with Metrolight Studios in Los Angeles, but has worked in Canada for the past 17 years as a CG supervisor, technical director and pipeline specialist.  His many film and television credits include The Finest Hours, The Huntsman: Winter’s War, The Great Gatsby and Cosmos: A Spacetime Odyssey.

Ryan’s arrival coincides with an expansion of FuseFX Vancouver’s staff and facility in the Yaletown district. The studio’s physical space has increased by more than 50 percent and includes additional compositing and animation resources, as well as more central storage and an enhanced IT infrastructure. Staff at the site has also grown. In a related move, longtime staff supervisor and artist Richard Greenwood has been promoted to Head of 2D / VFX supervisor.

“We’re enjoying a lot of success in Vancouver,” said FuseFX managing producer (Global Operations), Dan Rucinski. “Our workload has grown both through repeat business and the arrival of several great new shows. Our expanded production facility and larger team will allow us to take on more and bigger projects.”