CES Power has acquired West Coast Cinema Services and its affiliate BST Power, the primary provider of power generation and temperature control services to most Hollywood movie studios. Terms of the transaction were not disclosed. Founded in 2009, West Coast Cinema has built a reputation as a leading service provider for the television and film industry through environmentally friendly, state-of-the-art power services. 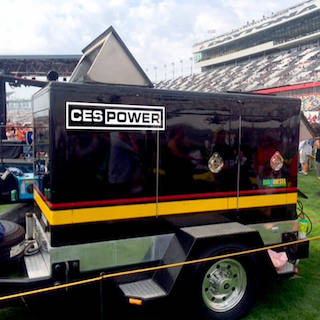 Founder Brett Round will continue with CES Power to lead business development in Hollywood.

"West Coast Cinema will further strengthen our presence in California and enable CES Power to solidify its position as a market leader in critical power services," said Greg Landa, CEO of CES Power.

"Joining CES Power is an incredible opportunity for our team," said Round. "We look forward to expanding our business and believe CES Power will allow us to better service our growing customer base and bolster our service offering nationally within the film industry."

"West Coast Cinema is the latest testament to our focus on add-on investments as an accelerator for growth and reflects AIP's buy-and-build strategy in action," said Bradford Rossi and Philip Wright, co-founders and managing partners at AIP. "We are excited for the opportunities that this extended footprint within the television and film industry will provide to CES Power and its customers."