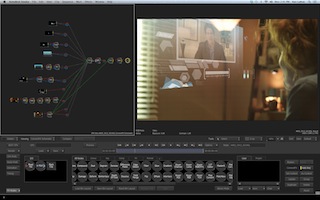 Autodesk unveiled the latest version of Smoke 2015 earlier this month at the National Association of Broadcasters convention in Las Vegas. In addition to significant new creative tools andperformance enhancements, Smoke 2015 will soon be available as a Desktop Subscription, so customers can access the software on a pay-as-you-go basis for the first time.

“When Autodesk launched the radically redesigned Smoke two years ago at NAB, we made a commitment to bring high-quality effects to editors in post, video production and corporate branding. And Smoke 2015 delivers on that promise,” said Chris Bradshaw, senior vice president, Autodesk Media & Entertainment. “Smoke 2015 not only features highly-requested new creative tools and improved workflows with industry-standard tools such as Final Cut Pro, but also an even easier and more affordable way for small studios to get started with the software.”

“For us, Smoke is a fantastic tool. I love the one place solution that Smoke offers; it saves hours of production time. We use Smoke as our main tool on music videos, tour visuals and motion graphics – from Madonna to The Prodigy to MTV. I want Smoke on every desk in my studio,” said Eugene Riecansky, creative director, Rockstar, UK.

Improved integration with Final Cut Pro X that supports more timeline and effects metadata for a fast, high fidelity project transfer between the apps. In addition, Smoke sequences can be exported as XML with accompanying QuickTime media files.

In these competitive times, software accessibility and flexibility become ever more important especially to start-ups, freelancers and very small businesses, which make up the majority of new Smoke customers. Autodesk polled a sample across the professional video market and 68 percent responded that term based software licensing is a great option. Smoke 2015 will soon be available via monthly, quarterly and annual Autodesk Desktop Subscription plans; customers who commit for a year save more than $500.