Atlas Cinemas’ EastGate location in Cleveland, Ohio recently upgraded its seating with 723 recliners from Atom Seating. Atom Seating, the cinema seating division of Spaces & Between supplied one of its leading models, the Helium Mini, which the company says is known for its ergonomic cushioning that is comfortable and long lasting. 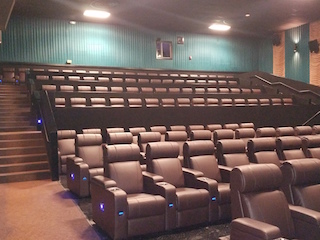 “They are a very professional company from the initial order throughout the entire process,” Gabriel Saluan, vice president of Atlas Cinemas said about choosing Atom Seating for the second time. “They’re products are top quality. We checked around with other companies and found Atom Seating to be very cost effective while featuring top quality products and great service.”

"At Atom Seating there is only one boss, the client,” said Spaces & Between co-founder Ankit Kabra. “Cinema owners know whom they have to employ when it comes to seating and that’s what Atlas Cinemas did.