The Board of Governors of the American Society of Cinematographers has held its annual election to appoint its new slate of officers. Richard Crudo will serve as president, along with Vice Presidents Owen Roizman, Kees Van Oostrum and Lowell Peterson; Treasurer Victor J. Kemper; Secretary Fred Goodich; and Sergeant-at-Arms Isidore Mankofsky. 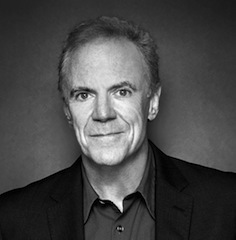 “I am honored to have another opportunity to serve this great organization,” says Crudo, who previously served three terms as ASC president from 2003 through 2005. “Our 94-year history makes us the longest standing group in the motion picture industry. As always, we will be aggressively promoting our art and craft, as well as the related interests of cinematographers everywhere.”

The ASC carries out its mission of inspiring the next generation of filmmakers through many industry events and initiatives, such as its Student Heritage Awards, Breakfast Club seminars, panel discussions by their Education and Outreach committee, the burgeoning Friends of the ASC membership level, and the org’s ongoing collaborations with other industry associations vital to the image-making process.

“I want to thank Stephen Lighthill for his hard work and dedication during the past term,” Crudo adds. "We operate in an astonishingly fast-moving world, and I look forward to working with him and the other Board members as we expand our efforts on all fronts, from pre-visualization through post-production and image delivery.”

Crudo is also a member of the Academy of Motion Picture Arts and Sciences, serving as an Academy Governor and Chairman of the Cinematographers Branch. In addition, he has chaired and co-chaired the ASC Awards for several years throughout the past decade.

Born and raised in Brooklyn, New York, Crudo began his film career as an assistant cameraman. As a director of photography, he has shot a wide range of feature, television and commercial productions. Among his feature credits are Federal Hill, American Buffalo, American Pie, Music From Another Room, Outside Providence, Down To Earth, Out Cold, Grind, Brooklyn Rules, and My Sexiest Year. He has also directed several independent films, and currently shares cinematography duties with Francis Kenny, ASC on the popular FX Channel series Justified.

ASC was founded in 1919. There are 330-plus active members today who have national roots in some 20 countries. There are also 150 associate members from ancillary segments of the industry.

For additional information about the ASC, visit www.theasc.com.