The American Society of Cinematographers has announced its nominees for feature film, documentary and television cinematography, representing the organization’s picks for the most compelling visual filmmaking over the past 14 months. Winners will be named during the 35th ASC Outstanding Achievement Awards on April 18. The virtual ceremony will be live streamed via American Society of Cinematographers Facebook page at 12:30 pm PDT from the historic ASC Clubhouse in Hollywood. 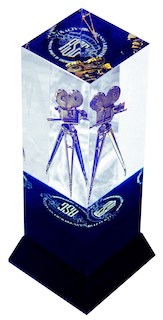 The nominees in the Feature Film category, which is sponsored by Keslow Camera, are

Phedon Papamichael, ASC, GSC for The Trial of the Chicago 7

Dariusz Wolski, ASC for News of the World

Nominees in the Spotlight category, which is sponsored by Panavision are

Aurélien Marra for Two of Us

Nominees in the Documentary category, sponsored by Canon USA, are

Michael Dweck and Gregory Kershaw for The Truffle Hunters

Last year’s ASC feature film winner was Roger Deakins, CBE, ASC, BSC for 1917, who went on to win an Oscar for Best Achievement in Cinematography.

The Spotlight Award recognizes exceptional cinematography in independent, foreign or art-house-type films. Jarin Blaschke won the ASC Award in 2020 for The Lighthouse and earned an Academy Award nomination for his work.

For more information and a complete list of the nominees visit the American Society of Cinematographers at www.theasc.com