Arsenal FX Color, with studios in Santa Monica, Albuquerque and Atlanta, has added colorist Tahirah Foy to its growing staff. Formerly with HBO, Foy brings diverse experience in color grading for television, film, and broadcast media, and in film restoration. In her first project for Arsenal FX Color, she will be performing final color grading for the feature documentary Big Boss, directed by Keke Palmer. 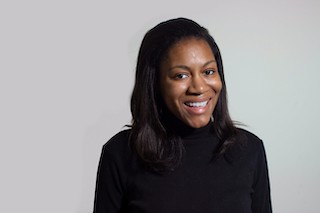 “Tahirah is an incredibly talented and technically adept young artist with a very bright future,” says Arsenal FX Color managing partner Larry Field. “She has already accomplished a lot and we expect her to flourish through the opportunities she will have here. We are thrilled to have her join our team.”

Foy earned a Master of Fine Arts degree in Media Arts at Emerson College, Boston, in 2014. She began her career as a post-production coordinator working on the AMC series Fear the Walking Dead and later joined the post house Mad Old Nut Productions, Hollywood, as an online editor. She became a colorist at the entertainment marketing agency Lussier, where her work included promos and trailers for studio features, and network and streaming series. In 2019, she joined HBO as a colorist, where, among other things, she was part of a team that remastered nearly 100 episodes of the hit series Sex and the City.

Foy became interested in joining Arsenal FX Color through Rory Gordon, a supervising colorist at the facility. Gordon served as Foy’s mentor when she took part in the Hollywood Professional Association’s Young Entertainment Professionals class of 2021 program. “Rory’s willingness to share her vast knowledge of color and color science was amazing,” says Foy. “Also, several of my colleagues at HBO were familiar with Arsenal and raved about the facility and their experience working here. It seemed like a great fit.”

Additionally, Foy says that she was attracted to Arsenal FX Color by its boutique size and diverse staff. “It’s a team of artists who have created a family atmosphere and are focused on delivering quality,” she says. “They are also committed to remaining at the forefront of technology and developing the next generation of colorists. It’s exciting to be part of a facility with those values.”