The supervisory board of the Arri Group with headquarters in Munich, Germany, has appointed Dr. Michael Neuhaeuser, effective September 1, as its new executive board member responsible for technology. He succeeds professor Franz Kraus who, after more than 30 years work for the Arri Group, joins the supervisory board and will continue to be closely associated with the company. 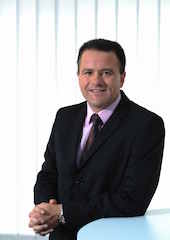 Kraus has played a decisive role in the successful development of Arri over that last few decades. He earned great merits in his tenure especially during the digitalization of the film industry with the development of the Alexa digital camera system and early competence in multi-channel LED technology for Arri lighting.

During the time Kraus was responsible for research and development at Arri, the company was presented with nine Scientific and Technical Awards by the Academy of Motion Picture Arts and Sciences for its outstanding technical achievements. In 2011, together with two colleagues, he was personally honored with an Academy Award of Merit, an Oscar statuette—the highest award in the film industry worldwide—for the design and development of the digital film recorder, the ArriLaser, which pioneered the development of digital products at Arri. 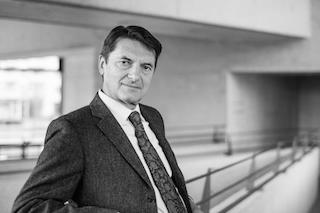 Neuhaeuser previously served as vice president of automotive microcontroller development at Infineon Technologies in Munich. He studied electrical engineering at the Ruhr-University Bochum, Germany, subsequently completed his doctorate in semiconductor devices, and can look back on an international career of 30 years in the electronics industry.

Neuhaeuser started his industrial career at Siemens Semiconductor in Villach, Austria, and also took over leadership development at Micram Microelectronic in Bochum. He joined Infineon Technologies in 1998 where he performed various management functions in Germany and abroad.

Some of his notable accomplishments include being responsible for the digital cordless business since 2005 and, together with his team, having developed the world's first fully integrated DECT chip. In 2009, he was appointed to vice president and general manager at Infineon Technologies Romania in Bucharest where, as country manager, he built up various local activities with more than 300 engineers. In 2012, he was asked to head up the automotive microcontroller development division for which he and his team developed the highly successful Aurix product family, which is used in every second car worldwide.