Arena Converts All its Screens to GDC Cinema Automation Technology

Arena Cinemas, Switzerland, has converted 58 screens across all its locations to GDC’s Cinema Automation 2.0 technology. The installations and further developments in the whole complex cinema ecosystem were managed by leading systems integrator Imaculix, based in Zurich, Switzerland. 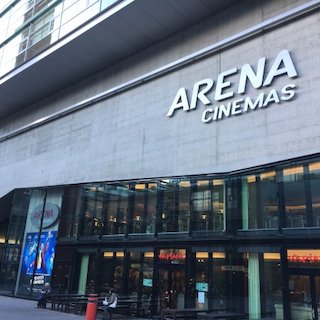 “In the beginning, we were very skeptical about the whole topic of streaming,” said Imaculix CEO Andy Bohli. “Especially the stability and reliability had to be simulated in our Plex TestLab and tested in stress tests. Afterwards, we were able to convince Arena Cinemas to invest in the CA2.0 GDC system during the difficult times when the cinemas were still closed, and we replaced the entire infrastructure including TMS in the German and French-speaking parts of Switzerland.”

He added, “Since the reopening of the cinemas in spring 2021, the system has been working cleanly and stably. Due to the speed of the playout and streaming technology, this allows us as an innovator in the cinema world completely new possibilities to stage cinemas like our cinema-on-demand product to try to help to make the cinemas more evolved.”

“GDC loves working with businesses who fully understand and appreciate the benefits advanced technology can offer,” said Dr. Man-Nang Chong, founder, chairman and CEO of GDC Technology Limited. “We have been massively impressed with the professionalism of Imaculix in this project as well as the determination of Arena to truly change their way of operating. Since 2001, GDC’s smart cinema solutions have continually evolved to save cinema operators’ time, effort, and cost. With CA2.0, Arena can continue to stay at the cutting edge of cinema technology.”

Patrick Tavoli, CEO of Arena Cinemas said, “At the beginning we were very skeptical whether this would work at all. Since the beginning of Going Live we finally have the possibility to play and within minutes we can adapt to the needs and capacity of our customers in the cinemas. Very simple. Make changes in the box office system and 15 minutes later the film is running in the corresponding auditorium. This is what I want to get flexible and response to our customer’s needs.”