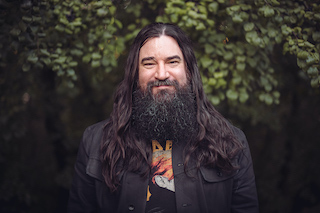 “Working with Tim is always an outstanding experience,” Another Country Founder and Cutters Studios Partner John Binder said. “He keeps the whole process real and fun, and that attitude absolutely shines through with our clients. As we continue to grow, we all recognize what an outstanding job he does. Moving forward, he will be devoting more time to conferring creatively with our clients on their projects.”

Konn joined Another Country as executive producer in 2007, building on his previous experiences as sound designer/mixer at Swell and Audio Recording Unlimited.

“It wasn’t until I joined AC as a producer, and worked for John Binder, that I truly understood the combination of creativity and attention-to-detail needed to run a well-oiled audio machine,” Konn said. “I owe everything to him, Cindy Duffy, Craig Duncan, Tim McGuire, Phil Barton, Kathryn Hempel, and Chris Claeys, all of whom have given me invaluable guidance and unwavering support throughout my tenure. I feel equally lucky to work with some of the best minds in the post-production, ad, and film communities at large, and look forward to focusing on Another Country’s continued growth and success.”

The company also announced that it has a new website, which features the company’s latest project work and also includes a before and after reel.