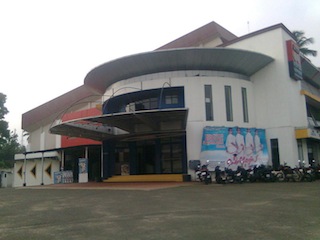 EVM Group manages a franchise of over seventeen movie theaters in the area. Several of the group’s theatres are equipped with 2K 3D projection.

With the opening of two new screens—EVM Talkies and Jawahar Theatre—the group now looks to expand its offering with fully immersive audio. The EVM Talkies screen has been fitted with a Barco Auro 11.1 system.

Robin Jose, managing director of Ann Cinemas said, “We are very proud our new EVM Talkies theatre will feature the Auro 11.1 technology. We are convinced this groundbreaking and award winning sound format will make each show at the movies an unforgettable one for our customers. We have great confidence in Barco. The performance and quality of its products have played a major part in the evolution of our entertainment division.”

Systems integrator Cinematics, which has worked with Barco extensively in the past, handled the installations.