And, Now, for Something Different

Seeking to provide brands with an alternative to the traditional agency model, former Ogilvy & Mather executive creative director Tommy Henvey and executive producer Patti McConnell have launched Something Different. The new creative marketing boutique will leverage a lean and flexible business structure to provide brands with the thing that agencies do well—produce great creative—while avoiding pitfalls that cause work to bog down and cost too much.

“Clients are looking for a different way to get things done, that’s why there are a billion new places popping up, trying to figure out the best way to do it.  We figured a billion and one might be the magic number,” said Henvey. “The process of making things today can be tedious. Our plan is to make it smoother, more efficient and more fun.” 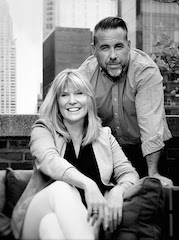 Henvey and McConnell want to eliminate the over-staffing and layers of bureaucracy that often hinder the process. Their strategy is to assemble creative, production and planning teams on an assignment basis and work with clients more intimately and directly. “We’ll bring in the right people at the right time,” Henvey said. “If we need a planner, we’ll pull in a great planner. If we need a designer, we’ll hire a designer who has the right head for what the project needs.”

McConnell added that they want to re-establish a trust and a sense of partnership that has been lost as the business has evolved. “Clients want to sit across the table from people they like and feel comfortable collaborating with,” she said. “They want to work with people who allow them to have a voice in their advertising and branding, and who respect their voice.”

Off to a running start, Something Different has been engaged by Hewlett Packard Enterprise for a long term assignment. Several other projects with nationally recognized brands are in the pipeline.

Henvey said that Something Different’s elastic structure allows them the freedom to take on diverse projects and explore new avenues.  “Today, there are so many ways to tell great stories,” he said. “The reality is, being built like this, we’re capable of making anything; TV spots, web series and any other type of content. We get a bunch of really smart people in a room and we make stuff. What could be cooler than that?”

McConnell said that she and Henvey hope not only to develop a better way for brands to produce content, but also to rekindle what they’ve always loved about this business. “We love to make things,” she said. “When clients get in the bunker with us, they can count on us being brutally honest, probably cursing too much and getting it done right....”