The Digital Asset Symposium, presented by the Association of Moving Image Archivists, has added several panel discussions to its May 5 program lineup. The DAS brings together top experts in various fields to address the ongoing challenges facing digital asset management practitioners. The event is being held at the Museum of Modern Art in Manhattan. 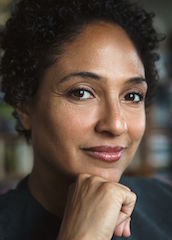 “This year’s program is a broad-based look at topics needing exploration,” said program chair Nick Gold of Chesapeake Systems. “At DAS, everything from vault preservation to metadata to the future of machine learning and its role in asset management are part of the schedule. Our speakers are highly esteemed leaders in their respective fields and anyone working with digital content will gain a thorough understanding of the progress being made in all areas of asset management.”

Additions to the 2017 DAS program include:

This forum will explore the craft of the archive-inspired film and show how these films themselves are vehicles for preservation efforts. Matt White, executive director of the Association of Commercial Stock Image Licensors will moderate the discussion. His panelists include Robert Stone, Academy Award and Emmy-nominated filmmaker, and Shola Lynch, Peabody Award-winning filmmaker. They have each challenged the idea of the historical film through trailblazing works that continue to enrich the public conversation.

Moving image collections are no longer only found in media and entertainment companies and cultural heritage institutions. Financial institutions, long a leader in data quality and master data initiatives and in financial asset management, are now also creating and managing enormous audiovisual operations. Terrence A. Thomas, vice president of enterprise infrastructure at Morgan Stanley, will talk about media asset management as it pertains to audio visual operations in the financial services industry, and some of the specific challenges and requirements associated with this, including transparency.

Precious fragments of indigenous knowledge are increasingly held captive in obsolete audio-visual media formats. The ethics, culture and practices of traditional information management have served as significant obstacles to media digitization at most small institutions. The innovative Indigitization Program breaks through some of these barriers that First Nations communities in British Columbia are faced with in developing information management practices appropriate to their needs.

Gerry Lawson is a member of the Heiltsuk First Nation, manages the Oral History and Language lab at the University of British Columbia Museum of Anthropology, and is the technology lead for the innovative UBC Indigitization Program. He will discuss his role in developing the resources that formed the grant program, as well as how the Indigitization team manages program evolution to become more effective and resilient.

DAS 2017 will also include discussions on automated metadata, artificial intelligence and its role in managing and archiving digital assets, in addition to a conversation with MTV on archiving music television’s vaults.

To register for DAS or for more information, visit http://www.digitalassetsymposium.com.