AMC Saudi Arabia has expanded its 4K presence in the Kingdom with four new locations powered by laser projection from Cinionic, including the award-winning Barco Series 4. Since entering the KSA two years ago, the circuit operated by AMC has grown to 40 screens, with more on the way later this year. 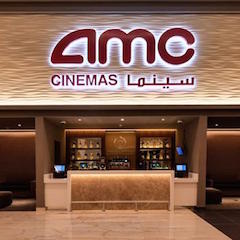 The recent AMC KSA locations, including Hafr Al Batin 8, Riyadh Gallery 9, Al Khair 9, and the newly opened Azizia Plaza 3 in Riyadh, more than double the circuit’s footprint in the region.

“Audiences in Saudi Arabia are tech-savvy and seek out leading cinema experiences,” said Wim Buyens, CEO, Cinionic. “AMC Saudi Arabia has delivered enhanced presentation powered by Cinionic’s laser portfolio since breaking ground in the region. As cinema expands and returns around the world, we remain ready to amaze audiences on every screen.”

Movie theaters are an attractive entertainment choice for Saudi Arabia’s young population and families, where discerning moviegoers show a clear preference for premium sight and sound. Today, as before, the emphasis is on offering differentiated experiences that get people out of their homes and back to the movies.