AMC Theatres has announced that both domestically and globally it achieved its busiest weekend of 2022, Thursday, July 7 through Sunday July 10. Led by the opening weekend of Thor: Love and Thunder, the box office was propelled by several summer blockbuster titles, many of which have continued to perform well for several weeks. 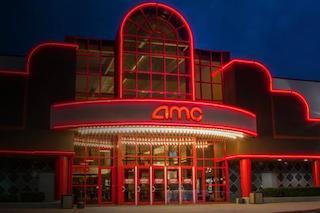 "We are just thrilled beyond thrilled that this weekend approximately more than 5.9 million people were guests at AMC movie theatres in the United States and internationally, making it our highest attended and highest grossing weekend of 2022 so far,” said AMC chairman and CEO Adam Aron. We are even more excited that the weekend admissions revenue realized at AMC and Odeon was approximately double that of the same weekend last year, and 12 percent higher than the same weekend of 2019, before the pandemic."

Unlike previous busy weekends where the attendance was driven by a single title, AMC’s busiest weekend was driven by strong depth among summer blockbusters. In addition to Thor: Love and Thunder, AMC saw strong performances from Minions: The Rise of Gru, Top Gun: Maverick, Jurassic World Dominion, Elvis, and The Black Phone.

Aron added, "The box office results week after week after week this summer have demonstrated what we at AMC have believed to be true all along: consumers want to experience their movies through the unrivaled experience of a movie theatre, with its big screens, big sound and comfortable big seats. Our now busiest weekend of 2022 was powered by several big movie titles all playing simultaneously. Happily, the enduring resilience and consumer appeal of theatrical exhibition are on full display."

AMC recently re-launched its $5 discount program, making all these releases available at all U.S. AMC locations for just $5 on Tuesdays.