AlphaDogs has completed work on a series of corporate videos introducing services for the new Southern California Regional Spine Center to Kaiser Permanente members and physicians. Produced and directed by Bill and Douglas Sarine of Beachglass Films, Kaiser will be using the videos across many distribution channels to deliver a great introduction to their new initiative. 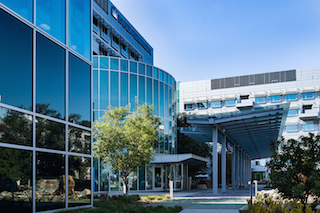 AlphaDogs was chosen as the post-production facility for the project based on the quality of previous projects delivered for Beachglass Films—a collaborative filmmaking company who’s marketing campaigns have been instrumental in growing, re-launching and supporting a host of brands and businesses.

Sarine said, “We love that the AlphaDogs team is smart, skilled and creative and that they communicate consistently throughout the entire project. This enables us to track progress, weigh in where we need to, while at the same time managing clients expectations in crafting the best overall plan for success and executing their vision at the highest level possible.”

AlphaDogs colorist Sean Stack worked within Blackmagic Design’s DaVinci Resolve workflow conforming the project in a fast and timely manner due to everything being well managed by the producers prior to post-production. This enabled Stack to spend additional time on the creative color choices used in the videos. “It really gets exciting when the stress is removed from the technical process,” said Stack. “After all is said and done, corporate videos can be quite fun.”

Graphics packages for the Kaiser videos included an introductory logo bumper, animated lower thirds and informational overlays that were created by AlphaDogs vice president of design, Sean Williams. Due to tight time constraints, Williams focused on customizing an existing After Effects commercial graphics package, tailoring it specific to Kaiser’s Spine Centers’ needs. “The client was wonderful to work with due to their organized and prepared approach making communication extremely easy,” Williams said. “I look forward to working with them again.”

Uneven audio levels in interviews with the spine specialists were fixed by AlphaDogs Audio Engineer, Curtis Fritsch with the use of the Avid Pro Tools and native plug-ins. Fritsch reduced unwanted sounds in the room while bringing up voice volumes to their correct levels when the doctors were speaking. Use of the plug-in also added in pumping up the overall audio to sound bolder and much clearer.

“We were very happy with the final product. AlphaDogs took hold of our project, clearly understood the deliverables and the creative brief,” said Sarine. “They added a great deal of value by applying their own sensibilities and paying close attention to details. AlphaDogs worked with us seamlessly to figure out the right solutions and executed them perfectly.”

The Kaiser Spine Center videos will be distributed in select markets.