AGC International will handle foreign sales for animation studio Laika’s Film Five (working title), currently in production at the studio. The announcement was made today by Laika president and CEO Travis Knight and Stuart Ford, CEO of AGC Studios. Laika just announced Annapurna Pictures as its domestic distributor on the film. 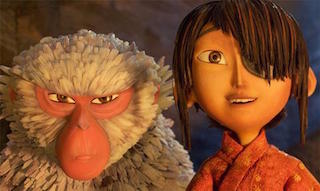 Film Five is written and directed by Chris Butler (ParaNorman), with a voice cast led by Hugh Jackman (The Greatest Showman, Wolverine), Zoe Saldana (Guardians of the Galaxy) and Zach Galifianakis (The Hangover).  Arianne Sutner (ParaNorman, Kubo and the Two Strings) and Travis Knight are producing.

AGC International will introduce the film to international distributors in Cannes via an invitation-only private screening of footage from the film, accompanied by an on-stage discussion between Ford and Knight.

“Laika’s latest film is an epic, rip-roaring comedic adventure that spans the globe,” said Knight.  “It’s a fantastic and universal story, deserving of a world-class team to bring it to worldwide audiences. Stuart Ford and AGC fit the bill perfectly. Combining innovation, creative sensitivity, experience, and ambition, AGC is a partner that shares Laika’s vision and values. Together with our bold domestic distributor Annapurna Pictures, it feels like we’ve found a home.”

“This film is a magical piece of family entertainment,” said AGC’s Ford. “It’s an absolute honor for all of us at AGC to be partnering with Laika and working with Travis Knight, CFO Brad Wald and the entire Laika team to bring this wonderful animated film to the international market.”