AFI Docs, the American Film Institute's documentary film festival, has announced that it will honor Dawn Porter as the 2021 Charles Guggenheim Symposium honoree.  The festival runs June 22-27. Each year, the AFI Docs Charles Guggenheim Symposium honors a master of the nonfiction art form. This year’s virtual Symposium will include a free screening of Dawn Porter's new documentary with National Geographic Documentary Films Rise Again: Tulsa and the Red Summer and an in-depth conversation with Porter, moderated by Variety's Clayton Davis. 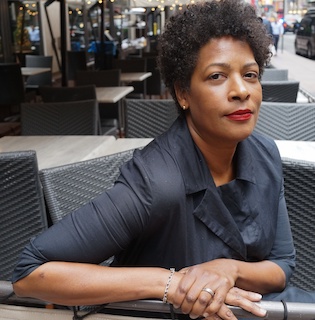 "Dawn Porter's voice echoes with power by combining the political with the deeply personal," said Bob Gazzale, AFI president and CEO. "Her presence is imperative in a today’s world, and we are honored to shine a light upon her life and her work at AFI ocs."

Porter's new film Rise Again: Tulsa and the Red Summer follows award-winning Washington Post journalist DeNeen Brown as her investigation into a mass grave in her home state of Oklahoma leads her to dig deeper into the racial violence of the early 20th century. The film comes one hundred years after the Tulsa Massacre of 1921, during which hundreds of Tulsa's Black residents were murdered and thousands were displaced.

"With each of her projects, Dawn Porter turns our attention to a previously unexamined topic or invites us to take a fresh look at something we thought we already knew – and she does that again with Rise Again: Tulsa and the Red Summer," said Sarah Harris, AFI Festivals Director of Programming. “This is the kind of film that embodies the spirit of AFI Docs, and we are honored to have it as part of our programming.”

A University of Georgetown Law School alumna, Dawn Porter turned her career from law to film in the late 2000s, executive-producing documentary and narrative films. Porter made her directorial debut with Gideon’s Army (2013), a documentary about three Black public defenders in the South, which won best editing at Sundance and was nominated for an Independent Spirit Award and an Emmy. Gideon’s Army is now part of the US Department of State's American Film Showcase, the State Department's cultural diplomacy program and film collection.

Porter's documentaries Spies of Mississippi (2014), about a secret, state-funded anti-civil rights movement, and Trapped (2016), exploring Targeted Regulation of Abortion Providers laws that regulate abortion clinics in the South, both aired as part of PBS' Independent Lens series. Additionally, Trapped won the Special Jury Prize for Social Impact Filmmaking at Sundance and went on to win a Peabody Award.

Throughout her career, Porter has been commissioned by the Center for Investigative Reporting, Time and Essence Magazines, The New York Times Op Docs, and Amazon to create and direct films. Her most recent works, all released in 2020, examine the lives of three varied Americans who made an impact on the political and social climates, including Obama White House photographer Pete Souza (The Way I See It), Clinton advisor and Civil Rights leader Vernon Jordan (Vernon Jordan: Make it Plain), and Civil Rights icon Congressman John Lewis (John Lewis: Good Trouble).

Porter's next major project will be an AppleTV+ documentary series with Oprah Winfrey and Prince Harry about mental illness and mental well-being.