AFI Docs, the American Film Institute's annual documentary celebration in the nation's capital, has announced the Opening Night, Closing Night and Centerpiece Films for its 19th annual edition. As previously announced, this year's hybrid festival will include limited in-person screenings at the AFI Silver Theatre and Cultural Center in Silver Spring, Maryland, as well as a full slate of virtual offerings. AFI Docs runs June 22–27, 2021. 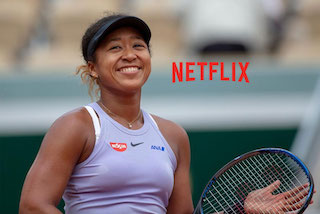 "As the audience for AFI Docs has expanded beyond Washington, DC, to include an entire nation of movie lovers, we are particularly proud this year to celebrate films that unite us, exploring subjects from a tennis superstar to teenagers in Texas to a Renaissance man who brought people together through a shared love of food," said Bob Gazzale, AFI president and CEO. “At a time we need it most, it is the movies at AFI Docs that will inspire hope for us all in the future.”