Aeon Entertainment and Imax Corporation today announced plans to expand their partnership with an agreement for two new, Imax with Laser systems in Japan. Both new systems will be located at prime retail complexes in thriving suburbs of major Japanese cities, including the Aeon Cinema Ichikawa Myoden outside Tokyo and Aeon Cinema Shijonawate near Osaka. 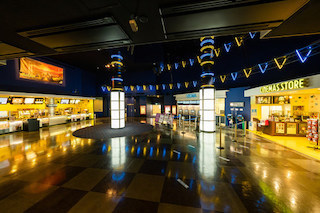 The deal marks a significant step forward for Imax and Aeon — one of the major exhibitors in Japan — at a time when Imax is driving remarkable growth in the market across its network, box office, and local filmmaking partnerships. Imax says it has tripled its network in Japan over the last ten years, from just 13 screens in 2011 to 39 today. With more than $46 million, Japan was Imax's third highest grossing global market in 2021, with eight of the company's top 15 highest grossing theaters. Furthermore, Japan is the only Imax market with more than ten theaters to have an overall per screen average of more than $1 million in 2021.

"We are excited that our expanded partnership with Imax — an innovative technology for groundbreaking cinematic experiences — will drive even more value for our theatres," said Yasuhiro Asada, president and representative director, Aeon Entertainment. "We will continue to enhance our state-of-the-art facilities and services as part of our mission to deliver a variety of exciting experiences to our customers."

"From its growing global blockbuster portfolio to outsized box office returns, Japan is a thriving market for cinema with some of the most passionate Imax fans in the world," said Rich Gelfond, CEO of Imax. "We are excited to expand our partnership with Aeon, one of the world's premier exhibitors, and continue to grow Imax as a premier destination for entertainment and events in Japan and around the globe."