Accomplice Partners with The Joneses in New Production Entity 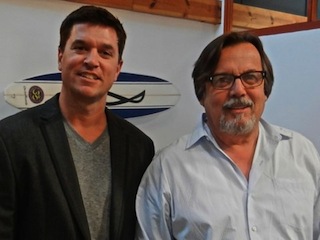 The new Accomplice will present a wider variety of talent and greater flexibility while working with agencies to maximize creative projects and production value. “We are really focused on partnering our directors with agencies and clients to push creative concepts to the best place and then intelligently execute them to deliver the best results,” says Snyder. “We are very excited about the model we are developing and see huge opportunities for the growth of the company and our directors.”

Gragido describes the coming together of the two companies as “a perfect marriage.” “I like the energy and intelligence Jeff brings,” adds Gragido. “We’re going to be stronger working together than we were separately.”

Accomplice director Tom Feiler recently wrapped campaigns for Walmart and Sears. The Joneses produced a campaign for Springs Preserve with Don Burgess at the helm (fresh from his success as cinematographer on the Warner Bros. hit 42). The two companies kicked off their work as a combined entity by producing a soon-to-break campaign featuring New York Giants star Eli Manning as well as a spot for Century Link helmed by Pulitzer Prize-winning director Vincent Laforet.

Snyder launched Accomplice in 2010 after a stint as executive producer at TWC. Gragido has been involved with The Joneses for most of the last decade.  Under his direction, The Joneses became the launching pad for a number of young commercial directors. He has also helped several top European directors gain access to the U.S. market, including Han Petter Moland, who recently won a Gold Clio Award for his work on Amnesty International’s No Means No campaign.