Gower Street Analytics is predicting that the global box office will reach $20.2 billion in 2021. The London-based global film tech company, which specializes in predictive box office for the distribution and exhibition sectors via its Forecast service, calculated the end-of-year estimate following its assessment that global box office had matched year-end 2020 results by the close of August. 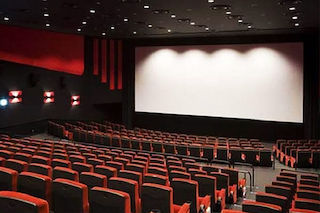 Gower Street currently estimates that the international box office (excluding China) will finish at approximately $9.05 billion. This will be made up of $4.3 billion from Europe, Middle East and Africa, $3.85 billion from Asia Pacific (excluding China), and $900 million from Latin America. Predicted totals for the domestic and China markets, as well as how they and the international prediction differ from the three-year average.

The final four months of 2020 generated approximately $4.4 billion globally despite significant portions of the global exhibition sector being closed. At the start of September 2020, 75 percent of movie theaters by market share were operating. This had fallen to 56 percent by the close of the year. As of September 1, just under 88 percent of global cinemas, as measured by pre-pandemic market share, are operating –equalling the pandemic-era peak last recorded on July 31.

Gower Street's new year-end calculation combines global box office actuals, provided by its partners at Comscore Movies, with monthly forward-projections by market based on its predictive box office service Forecast and analyst assessment. All projection figures are based on the current release calendar.

Revised global and regional year-end estimates for 2021 will be announced each month, the company said.