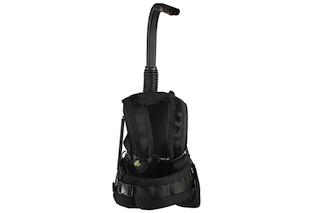 EasyRig 3 Gimbal Rig and EasyRig Gimbal Vest are now available from 16x9 Inc. EasyRig’s new support system is aimed at camera operators that have a need for additional support because of the increasing weight of handheld gimbal systems.

With the increased demand and popularity of handheld gimbal systems, the need for a support system for camera operators has never been greater. EasyRig has supported handheld and shoulder mounted camera operators for over 20 years with their EasyRig Mini, EasyRig 2.5 and the extremely popular EasyRig Cinema 3 systems.

The EasyRig Gimbal Rig Vest is $2,115. The EasyRig 3 Gimbal Rig ($3,935) ships with the standard support bar and comes with an EasyRig soft transport bag.