In the TV categories, winners included Adriano Goldman, ASC, ABC, BSC for The Crown; Jon Joffin, ASC for Beyond; and James Friend, BSC for Patrick Melrose. 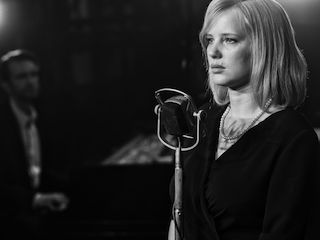 This is Żal’s second win. He previously earned a Spotlight Award for his co-cinematography duties with Ryszard Lenczewsk on Ida. Goldman also won last year for The Crown. Shvelidze, Joffin and Friend are first-time winners.

The Spotlight Award – co-presented by George Tillman Jr., who produced the Oscar-nominated Mudbound and directed this year’s The Hate U Give – recognizes cinematography in smaller features that may not receive wider theatrical release or awareness.

Honorary awards also handed out at the event included:

The ASC Board of Governors Award was presented to Jeff Bridges by actor-stuntman Loyd Catlett for his significant and indelible contributions to cinema. It is the only ASC Award not given to a cinematographer and is reserved for filmmakers who have been champions for directors of photography and the visual art form.

The ASC Lifetime Achievement Award was given to Robert Richardson, ASC and presented by frequent collaborator, writer-director Quentin Tarantino.

The ASC Bud Stone Award of Distinction was given to Franz Kraus, managing director, ARRI Group. This award is presented to an ASC Associate Member who has demonstrated extraordinary service to the society and/or has made a significant contribution to the motion-picture industry.