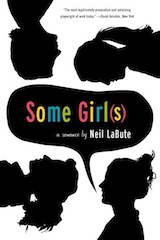 Cinedigm has acquired all North American distribution rights to Visitors, the new film from director Godfrey Reggio, composer Philip Glass and filmmaker Jon Kane. Seven years in the making, Visitors is the fourth film that Reggio and Glass have collaborated on following the groundbreaking, internationally acclaimed, Qatsi Trilogy formed by the films Koyaanisqatsi, Powaqqatsi, and Naqoyqatsi.

Cinedigm and Magnet Media Productions have entered into partnership to distribute five feature films over the next three years using Cinedigm’s digital distribution and marketing capabilities.