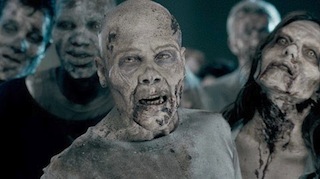 Travelers now have one more reason to dread airports: zombies. In a new spot directed by A Common Thread’s Clay Staub for Universal Studios’ Hollywood and Universal Orlando resorts, characters from AMC’s The Walking Dead terrorize people in a busy airport terminal.

In Arrival, travelers in an airport terminal are horrified when a horde of zombies bursts out of a jetway door. The undead trample and devour screaming young adults, other travelers and flight attendants as they hurry on their way to Universal. “We wanted to make the spot as scary as possible and give people a taste of what it’s like to be at the park,” says David & Goliath copywriter Chris Juhas. 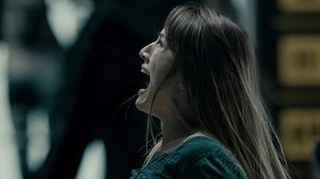 The spot is like a horror movie in short, says Staub. “We open on people lounging in an airport and then strange things begin to happen. From the moment the door bursts open and the first zombie appears, the tension mounts. It hits ten, then eleven. By the end you feel as though there are zombies everywhere. They’ve taken over the airport.

Staub, who has directed several campaigns for Universal, shot the spot in a working airport and used the make-up team from AMC’s The Walking Dead¸ who created rotting and disfigured features for the cast of Walkers. “We’ve got a great relationship with the creative team from David & Goliath and have developed a kind of shorthand in dealing with creative, filmmaking and production decisions,” Staub says.

“We went to a remote airport and filled it with zombies,” adds Juhas. “The fact that everything went so smoothly speaks volumes about the professionalism and creativity of Clay and A Common Thread.”