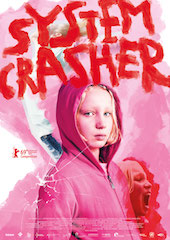 Cinemas temporarily closed by the government lockdown are re-opening to the public with the launch of a new virtual cinema called YourScreen, a partnership of local, independent exhibitors created to stream new films and films unavailable on other digital platforms into the homes of audiences around the United kingdom. These are films that might normally play in their local cinema.

The genesis of YourScreen can be traced to the Cheltenham International Film Festival, which streamed its festival online in 2020 and inspired positive feedback from audiences who were locked down and often did not have the opportunity to visit independent cinemas or watch the latest films from around the world.

CIFF director and one of the YourScreen’s founders, Leslie Montgomery Sheldon said, “These are difficult times with cinemas in lockdown. But, film exhibitors must maintain their business. In the event they have decided to partner with YourScreen to stream new films, uninterrupted by lockdown, to their audiences.”

Currently, 25 cinemas around the UK are participating in the YourScreen effort. For now, US cinemas are not permitted to join. Sheldon said that might change but could offer no timetable.

Local cinemas promote YourScreen films on their website and social media, directing audiences to YourScreen where they are able to purchase virtual tickets to watch award-winning international films. Revenue is shared between YourScreen and each local film exhibitor.

Films on YourScreen are available for up to 28 days, which distinguishes it from a streaming platform like Netflix where films reside for many months and longer. Every two months, YourScreen uploads a new program of films onto its platform.

The first season, which concludes December 20, has a program of eight films; from Canadian coming of age drama, Kuessipan, through to docu-comedy/drama, Lessons of Love, the tale of a Polish woman going her own way after 45 years of marriage to an abusive husband and the popular German film, System Crasher.

But while YourScreen is a short-term solution it can also be a long-term opportunity for exhibitors to grow their business.

“YourScreen is in business for the long-term to turn independent cinemas into multi-screen cinemas”, Sheldon said, “allowing exhibitors to complement their in-venue screenings with an online program; to attract new and different audiences, boost ticket sales and generate an extra revenue stream without the overheads.”

“There is a substantial audience for new films,” she added. “This is an audience that for one reason or another are less able to visit a local cinema or a film festival, as we have found out. COVID-19, of course, [is a current issue] but people may have other reasons: health issues, they are isolated geographically, have family commitments, perhaps, cost, lack of a transport, without a car, etc. They want the opportunity to see new films. We offer exhibitors an extra screen.”