Your Name. Nominated for Two Awards 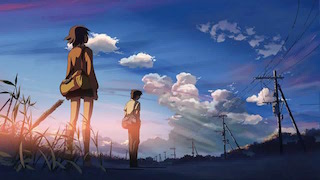 Director Makoto Shinkai’s widely acclaimed animated film Your Name. has been nominated for top awards by the International Animated Film Society, ASIFA-Hollywood. Your Name., from Toho Co. is being distributed in North America by Funimation Films. It picked up a nomination for Best Animated Feature – Independent and as well as a nomination for best direction of an animated feature.

Voting will begin January 2. Winners will be announced on February 4 at a black tie ceremony in Royce Hall at UCLA.

Your Name. has earned in excess of 19.4 billion yen (~$172 million) at the box office in Japan since opening on August 26 – making it the #1 highest grossing film of 2016. It now has the singular distinction of being the first anime film to gross more than 10 billion yen (~$96 million) at the Japanese box office that was not directed by Hayao Miyazaki, the world's most prominent anime director.

The film is a beautiful story about time, fate and the hearts of two young souls. The day the stars fell, two lives changed forever. High schoolers Mitsuha and Taki are complete strangers, living separate lives. But one night, they suddenly switch places. Mitsuha wakes up in Taki's body and he in hers. This bizarre occurrence continues to happen randomly and the two must adjust their lives around each other. Yet somehow, it works. They build a connection and communicate by leaving notes, messages, and more importantly, an imprint. Tugging at the string of fate, they try to find a way to each other. But distance isn't the only thing keeping them apart. Is their bond strong enough to face the cruel irony of time? Or is their meeting nothing more than a wish upon the stars?

Your Name. opens this Friday, December 2, for a one-week limited engagement at the Laemmle Music Hall in Beverly Hills. Director Makoto Shinkai will be in Los Angeles from December 3-5 to attend a number of events associated with the engagement including a special Q&A screening on December 3. Your Name. will open in theaters across the U.S. and Canada in early 2017.