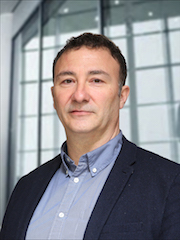 The Society of Motion Picture and Television Engineers today announced that Ymagis Group, the European specialist in digital technologies for the cinema industry, has used the next generation of SMPTE's Digital PROjection VErifier (DPROVE2) to simplify and accelerate adoption of the SMPTE Digital Cinema Package (SMPTE-DCP).

In tight collaboration with its two business units — CinemaNext and Eclair, respectively dedicated to exhibitor services and content services — Ymagis Group conducted the first wide-scale tests with SMPTE's DPROVE2, evaluating all 8,612 screens in its network to make the migration from Interop DCP to SMPTE-DCP, and found potential need for updates in less than 1 percent of the projectors.

"We are very pleased to be collaborating with SMPTE to ensure a smooth transition from Interop DCP to SMPTE-DCP," said Manel Carreras, senior vice president, Eclair, business development and studio relations at Ymagis Group. "With the assistance of several European movie exhibitors, we have completed an active testing phase at our labs in Paris; Berlin; and London in order to prepare ourselves for this technological step forward."

• The RP 428-6 sequences include traditional countdown numerals in front of a "clock arm" that rotates, with the position incremented on each frame.

• The background image contains a large number of elements to aid in verifying projection performance and alignment.

Though it no longer supports Interop DCP, the new DPROVE2 builds on DPROVE by supporting SMPTE-DCP with enhanced capabilities for sound channel IDs and routing, accessibility features such as closed-captioning/subtitling, 3D subtitles/captions, and improved picture-sound synchronization. DPROVE2 is an encrypted DCP that emulates actual movie playback as closely as possible.

"The industry is making substantial progress in moving toward SMPTE-DCP, and the extensive testing undertaken by Ymagis demonstrates the growing momentum of this shift," said Howard Lukk, director of engineering and standards at SMPTE. "We're thrilled that Ymagis took the initiative to test DPROVE2 in the field. As an increasing number of theater groups and networks benefit from this testing tool, the cinema industry — and movie fans — will begin to realize the value of a common progressive platform for digital cinema delivery."

SMPTE will make a distribution Key Delivery Message (KDM) for DPROVE2 available to any exhibition group or chain interested in verifying its cinemas' SMPTE-DCP readiness.